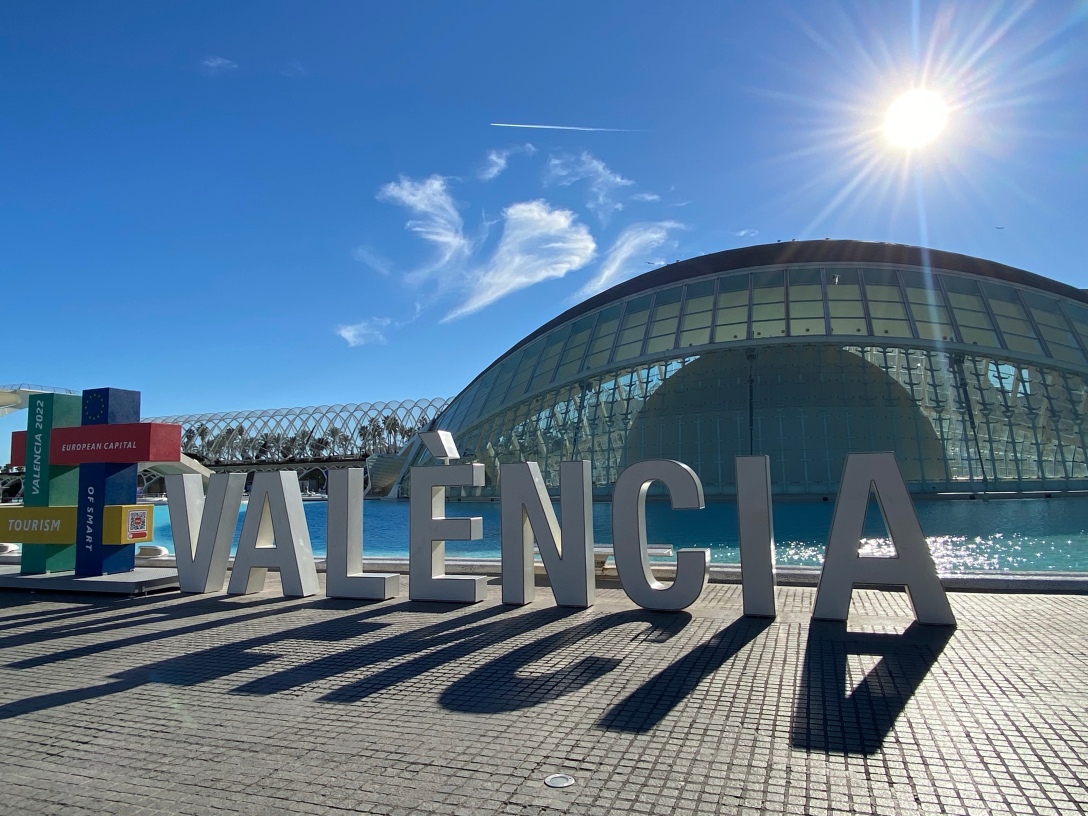 We really don’t have a fascination with anything morbid, honest we don’t! Yes we enjoy the Nordic dramas but we do worry that you think we are just scouting around Spain looking for ghost towns, we’re not! Sadly, they exist though, especially following the civil war.

The road across from Morella to Belchite was as varied as a Pic ‘n’ Mix counter at Woolies. Firstly, it’s the brand new EU funded roads waiting for traffic it seems (do we have any EU funded roads in UK?!) to vast empty scrubland plains, fields of ginormous solar panels, the hue of blossom fields, rocky unfarmable to farmable, the little green shoots of life poking through the orange arid soil. Across the vast expanse were derelict farm buildings, from an age where personal subsistence was likely the way of life versus modern day commercial activity.

Belchite was another victim of the Spanish Civil War. Being an important town in Aragon it became a pawn as Fascism fought Communism fought democracy. During the 1000 days war, a Republican stronghold, it held off Franco’s Nationalists but was eventually overcome given his support from elsewhere. Franco’s hollow promise to rebuild the destroyed town became a punishment as he built a new town next door, forcing as he saw it, his enemies to live their lives looking at what they had. It is very desolate and there’s rubble everywhere, anything of value looted but still, the network of roads and evidence of normal life remains. St Martin de Tours Church stands proud but shell shocked, a sombre reflection of the military forces wiping out the town. Naturally, sad stories abound, it’s a reminder that isn’t hindered it seems, in some parts of the world right now. The poignancy of ‘You heal Everything’ graffiti eh?

On a lighter note, widow twanky was in action at Navajas. Another great drive there, full of all sorts of terrain and hardly any vehicles. High point at 4500ft, the long views were stunning. Navajas is in The Systema Iberico and where we stayed is on a 167km cycle route along a disused train track, one of Spain’s many Via Verde. My Victoria Pendleton thighs aren’t quite up to that kind of distance but we didn’t do badly, visiting a few small towns on the route. A lovely ride though blossom and swathes of olive trees, lined up like toy soldiers with the mountains rising high in the long distance. At one point the rock formations resembled a mini Utah stack, no doubt formed by the fierce eroding winds that blew a bike over when we stopped for lunch. To be expected, fun graffiti in the old tunnels.

On the famous artist front, Goya pops up in Navajas, not literally, but his work (in New York gallery now) is about a fable, set at the waterfall there. Cascada ‘El Salt de la Novia’ (Leap of the Bride) tells the fateful story of a girlfriend who has to leap to declare her love, drowning in the waters after loosing her footing, with her boyfriend who tries to save his love. It is said their voices can be heard at full moon. Anyhow, the waterfall is really beautiful, the colours in the clear water, sparkle in the sunlight. Talking of fateful, Jigsaw had a lot of fun hissing at the local cats, some got too close for comfort!

Valencia was always in our plan, (as much as we ever have one!) Dave and Lesley rave about it and we trust their judgement so we rocked up at Camping Nomadic expecting some kind of hippy vibe, cat lovers everywhere. On the latter, she was fine, attention seeker that she is and to be fair, the campsite was fully organic in its approach. We were only a 10 minute walk from a very cheap train into the centre so off we went. Immediately we were struck by the buildings that wedding cake designers must have used for inspiration, as backdrops for other quirky and well preserved spaces, the Mercado Central being one of them with its domed ceilings. The L’Almonia area at twilight was ethereally calm, the Cathedral gently lit and The Basilica de la Mare, a small gem with a glorious painted ceiling. We found some fun shops and artistry too!

La Llotja de Mercaders, for us, is like no other (to date!) It’s an exquisite building, originally The Commodity Exchange, a pillared room with twist stonework and intricate stone carvings was a vast space, now used for serious events! A magnificent ceiling in an anteroom gave way for a cricked neck, the blue and gold carved ceiling detailing, opposite a modern looking, geometric polished floor.

Wandering the streets as we do, over to one of the old walls towers, we came across a decorative cat flap and then found a fab museum, Corpus Christi de Valencia. Here, we uncovered a super venue dedicated to the festivals and processions of Valencia. Rich in symbolism we saw more ‘Giants’ and ‘Big Heads’, processional carriages and ornate clothing and symbols. There was lots of information, videos explaining the traditional dances. The festa grossa is the main festival in the city, dating back to 1355, celebrated on the 8th Sunday after Easter Sunday. Wouldn’t it be a sight to behold! We’ve added it to the list, next to seeing the Tarragona ‘Human Towers’, we are hoping to catch Semana Santa this year somewhere if they aren’t cancelled again.

Another building of note is the ornate and fanciful Museum of Ceramics, a very appropriate home. It sat next to a brutal car park, who approved that?! Wandering to find tapas, the main square of Plaza de L’ajuntament was a joy, a buzz of people milling around among rows of differing buildings, silhouetted against the dusky sky. The scale of the Post Office, as ever, dwarfing the people below. This square is where Las Fallas occurs, a traditional annual event in commemoration of St Joseph, with pyrotechnics during March. The ‘Fallas’ are elaborate satirical monuments, up to 20m high, dealing with recent news subjects. They are usually composed of figures called Ninots. They are burned during the celebrations. Sadly, we’ll not be around for it, it must be spectacular. We can settle for what we have seen though!

More recent graduates of the architecture school have been creating their works in a different part of town. Following disastrous floods in 1967 the River Turia was diverted, leaving a vast, dry, walled riverbed. This space has been put to great use in the city, its now a long and winding park, a wonderful green space full of runners, walkers, yoga’ites and people like us, lounger arounders… At one end however are a series of fantastic modern constructions, concert halls, event spaces, a science museum and the aquarium. All along the old river bed, we cycled it, there’s lots of outdoor sports facilities. It’s great to see that it wasn’t just built on and is obviously well used. There’s a quirk in that ‘Gulliver’ is lying down taking a rest too, while us Lilliputians amble past. Anyhow, as you can guess, we really enjoyed out time in Valencia, lots of diversity, a buzz, flamboyant architecture and fun outdoor spaces. Oh, the tapas and wines were pretty good too! Hmmm…. where could we go next that might beat it…?!

1 thought on “Via Verde to Valencia”