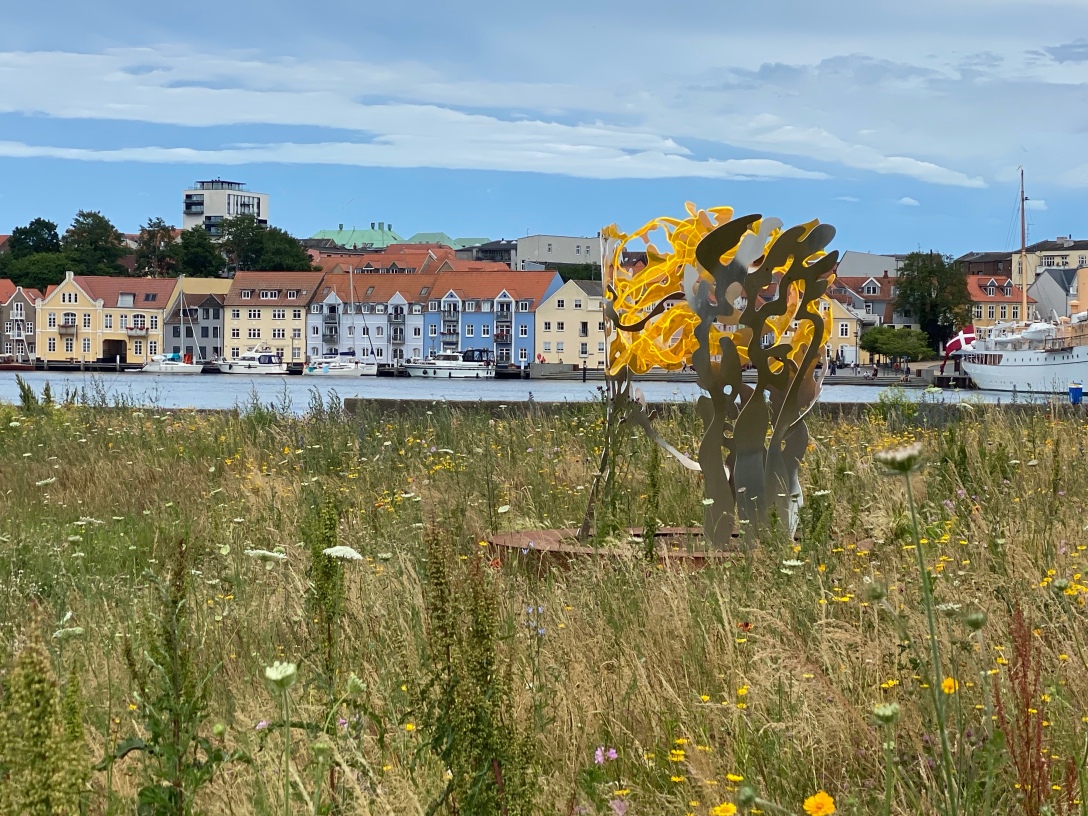 No, we haven’t discovered time travel in the past week, it was a way to pass the time while travelling some really big distances and to distract me from the usual Campervan Karaoke. Basically, yes, nerds again, we were logging how many nationalities on number plates we saw while driving through France into Germany on day 1 of this tour. Among the surprises were North Macedonia (yes we had to look that one up!) Russia, Malta and Andorra. Shows how small the world is, in the space of 550 miles.

So after the short tunnel journey, we were the only MoHo on the entire train, across to start day 1, we routed through France, skirting Belgium and Luxembourg and into Germany with no problem at all. That was a surprise, crossing the border at a small town south of Frankfurt. Very long day but happy to have made it into Germany. At a pit stop, Nick had to catch Jigsaw trying to paw a lift from another cat transport company! An overnight Stellplatz stop and we hit the road again although another 300 miles and we were still in Germany, deciding to stop at Bergen. Given the history of the area, it feels a tad odd to say Bergen was a pretty little town, well kept (it’s not the place, it’s the horrific people that created the history) Aside, a short walk in and we came across a brass quartet outside the church playing all the old favourites, and a Frank Sinatra medley, so relaxed with a drink to sing along…. and then, after another sleep, it was back on the road, to Denmark.

Having spent a few days solid driving we did make a few observations! The cars on the Autobahn whoosh past so quickly that even the van sways, scary speeds are quite common. There are so many trucks, all the services and pull off’s are full of them from all over the place! An “E motorway” trial near Frankfurt was a new one on us, all the infrastructure in place to super fast charge the trucks as they run under the cables. The Frankfurt skyline was like a mini Manhattan, very tall slim buildings piercing the clouds. The Hamburg docks were immense in terms of scale!

We crossed into Denmark with a quick passport and NHS app check, and the pleasant border guard wishing us a good holiday! We headed to a site we’d booked ahead in case of proof needed, at Laerkelunden. Clearly a holiday spot for the Danish and Germans as well equipped for families. It sits on the edge of South Jutland with views to several of the surrounding islands. The photo’s hopefully describe the shoreline better than I can, and the water wasn’t that cold! After parking up under the gaze of several Danish, clearly wondering why the English had turned up a few days ahead of ‘the game’ we met up with Dave and Lesley, MoHo friends we last saw in Rincon back in January. Seasoned pro’s we’ve learnt lots from them and shared blog tips and tricks too! Forgot to take a group selfie… 🙂

We spent a couple of days around this area of Jutland, out on the bikes, exploring areas around Nybol Nor, Grasten Marina and Egernsund. It is noticeable how different the architecture of Denmark was immediately, and the stark contrast between the traditional and the modern. The traditional half timbered homes, elegant brick structures of municipal buildings and the angular avant-guard new. There’s also a fondness for outdoor sculpture, showing how mussels are grown on ropes and forms reflecting the area’s history. The glazed tile and bricks reflecting the areas brick making heritage (only the kiln chimneys remain)

Sonderborg, on a different island, is the main town, reached on the bikes through Lutheran church and windmill peppered rolling wheat fields and wild flower meadows. Sonderborg itself had a bustling harbourside and a lovely centre with some quirky bird boxes. Having spotted two people in a window (Nordic Noir style 🙂 ) we then giggled at the translation for no chicken, on nachos, being ‘ingen kylling’

Moving out of Jutland across the bridge at Snogkoj we were on Funen Island, Odense being the main city. We headed to Kerteminde up in the north west at the peninsula. Kerteminde was a great find, a riverside town, buzzing with life in a low key sort of way. Small centre with skandi homeware and boutique clothes shops, a few great cafes and the usual ice cream shop! They put ‘guf’ on their ice cream, a soft meringue, as if it needs more sugar! A different building style appeared, half timber and brick and consistently painted, red and ocre. The harbour side was full of small boats bobbing on the reasonably fast seaward current where we parked up at the marina. As the light dropped, the water was glossy below the atmospheric clouds.

A cycle route took us to the northern most tip of the peninsula, through the tiny villages of Male and Viby. All the buildings were red wood framed, many thatched. The windmill at Viby was sophisticated and very well maintained, nestling in design, into the mound it sat on. The route gave us so many sights, a dinosaur on the beach, small waterside chalets along the waters edge (Malestrand on the Romso Sund) then through woodland, emerging to glorious rolling fields, edged with wildflowers and bright orange poppies. We took a wonderful 40km ride to the tip before the heavens opened and once it started to thunder we figured we’d better head back pronto, the phrase “once you’re wet, you’re wet” was no solace. We broke our personal land speed records, 21km in 40 minutes, head down in driving rain. Thank goodness for a well surfaced main road! Abandoning the bikes outside the van and drying off, we were then set in for the evening, the whole area under a few inches of water. Remarkably dry the following morning we chatted with others about the weather, yes, other nationalities talk about it too! Our Norwegian neighbours however were great with tips on where to go, if we are allowed into Norway. Anyhow, we packed up and set off for the next stop…. wonderful Copenhagen.

And not to be forgotten…. Jigsaw prepared herself admirably for the game, winding up the local cats, didn’t even try to go for a swim in the floods and generally has been on good form, arranging introductions to the fellow travellers, who probably wouldn’t bother talking to us if not for the ‘gorgeous cat’ in various languages… yeah, we too are getting bored of it…. not!